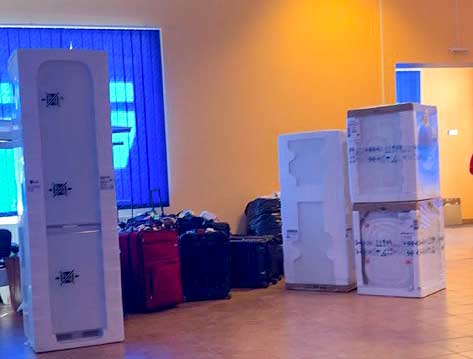 While deployed to Ternopil Ukraine, August Mission volunteers made contact with an orphanage in the city. Due to Russian strikes and sieges in the eastern and southern parts of the country, cities like Ternopil in the west are experiencing major surges of unaccompanied minors fleeing the violence of the war. Due to this surge many orphanages and other similar institutions are being stretched beyond their means. In this case, the Open Door Foundation of Ternopil did not have the critical appliances they needed to accommodate the surge in unaccompanied minors they were caring for. In less than a week from when August Mission received the request our volunteers were able to use donated funds to purchase and deliver several washing machines as well as refrigerators to help the orphanage provide for the displaced children in their care.

Help us in our efforts to reduce human suffering through lawful humanitarian support, recovery, and resettlement of displaced persons, persecuted groups/individuals and those left behind.

August Mission is a registered Utah Charitable Organization and is tax exempt under section 501(c)(3) of the IRS Code.
Donations are tax deductible in the United States.